Fruits of the Spirit: Gentleness

As we continue through the Fruits, a theme has developed, right? We are called to a very different character than that which our humanness would suggest. Is it easy? No! But we know that, as we follow Christ, the Holy Spirit, dwelling inside us, gives us the power to live as Christ. And these are the evidence of that life in us!
Gentleness is interpreted as meekness in the King James Version of the Bible. These words describe both an attitude and actions that are humble, submissive; a willingness to be obedient to God in all circumstances, trusting Him to bring us through the difficult times.
We see this fruit borne out in David, when his son led a rebellion in an attempt to usurp his throne (2 Samuel 16:11-12)
And in Moses, who refused to be known as the son of Pharoah’s daughter, choosing instead to be mistreated along with the people of God rather than to enjoy the pleasures of sin for a short time. Hebrews 11:24-26 tells us that “He regarded disgrace for the sake of Christ as of greater value than the treasures of Egypt, because he was looking ahead to his reward.”
Clearly, being gentle and meek does not mean to be subservient; if we see someone doing wrong or a person being harmed, it’s not that we shouldn’t seek to get involved. Rather, we should first implore the Holy Spirit for wisdom and direction, so that our response, our timing, is in line with God’s will and purpose.

Blessed are the meek, for they shall inherent the earth. Matthew 5:5

Meek does not mean weak! Jesus, literally having the power of God in Him, by demonstrating gentleness, allowed Himself to take on our sin and punishment, trusting in His Father to raise Him from the dead and seat Him by His right hand. (1 Peter 2:23)
The phrase “Speak softly and carry a big stick” can be appropriated here – provided that stick is the Word of God!
The Fruit of gentleness, of meekness, allows God to work through us in even the most difficult of circumstances. His love, direction, purpose, all shine through because we choose to exhibit a character that is so different that what the world expects, they can’t but notice it!
Heavenly Father, we live in a world where gentleness and meekness are hard to come by, let alone demonstrate. We don’t want to be seen as weak; help us to know how best to represent you in the situations and circumstances we find ourselves in. Let your strength and purpose always shine, through a gentleness of heart and actions. In Jesus’ Name, Amen. 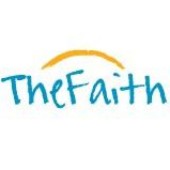 Fruits of the Spirit: Love

Fruits of the Spirit – A Devotional

Fruits of the Spirit: Longsuffering

Fruits of the Spirit: Peace