This week, the Christian community was rocked by the reporting that, in 1997, Andy Savage, a well known Pastor, author, and speaker, had a sexual incident with one his students while he was a youth pastor. You can read more of the details, which Pastor Savage hasn’t denied, here.

With the raised social consciousness to sexual harassment, and the war on Christian leaders, this revelation came at a very unfortunate time, despite the fact that it occurred 20yrs ago. Obviously, the pain caused is still evident with the victim, and there is some disagreement on the manner in which it was dealt with between the him, the victim, and her family.

We have an amazing God, who has forgiven the worse of sins and sinners. But as we also know, there are sometimes consequences to sin that can’t be abated, nor perhaps should be. The question is this: should Andy Savage be somehow ‘punished’ for something that he’s seems to have done everything the Bible experts of a Christian?

I’m not sure if there is an easy answer. I thought about the story of the woman caught in adultery:

8 1-2 Jesus went across to Mount Olives, but he was soon back in the Temple again. Swarms of people came to him. He sat down and taught them.

3-6 The religion scholars and Pharisees led in a woman who had been caught in an act of adultery. They stood her in plain sight of everyone and said, “Teacher, this woman was caught red-handed in the act of adultery. Moses, in the Law, gives orders to stone such persons. What do you say?” They were trying to trap him into saying something incriminating so they could bring charges against him.

6-8 Jesus bent down and wrote with his finger in the dirt. They kept at him, badgering him. He straightened up and said, “The sinless one among you, go first: Throw the stone.” Bending down again, he wrote some more in the dirt.

9-10 Hearing that, they walked away, one after another, beginning with the oldest. The woman was left alone. Jesus stood up and spoke to her. “Woman, where are they? Does no one condemn you?”

What Jesus demonstrated here was 100% forgiveness. He made that clear to the woman by telling her that not only did He not condemn her, her accusers had also left. So that means that everything is a-ok, right?

Well, not exactly. Because the ‘next day’ isn’t chronicled here. Forgiveness is assured, but surely there was some ‘cleaning up’ that had to be done – conversations with her husband, maybe even with her co-adulterer, to let them know that it was over. Maybe she was a caregiver, and there was an uncomfortableness with having her around other’s children or even their husbands. Finally, given the time, there may have been diseases or conditions that resulted from her indiscretion.

Yes, God forgives. But sometimes the price of sin still has to be paid in the real world.

I respect the fact that Pastor Savage immediately took ownership of the conversation, admitting without blame or excuse. And you have to also respect the evidence of his repentance in how his church responded (though I think the reported standing ovation was not perceived well). Still, churches must think about their congregations, their mission, and seriously pray about how best to respond.

How will other victims of harassment see this outcome?

What impact does this have on the Pastor’s ministry (Andy Savage has media resources that include the topics of marriage and love, for example)?

These aren’t issues that should necessary effect the congregation, but if we are called to preach and demonstrate the Gospel to the world, is Pastor Savage’s ability to do that somehow limited?

Clearly, Highpoint Church doesn’t think so, at least at the time of this writing. And I am not here to judge. But I hope that their rallying around their beloved pastor wasn’t a knee-jerk reaction to outward   pressures to do something, and rather a thoughtful consideration, in the new light of social awareness of the long-term emotional damage that these types of incidents cause. 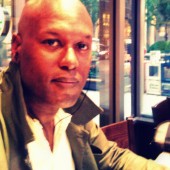 Anatomy of a Deceit

Fruits of the Spirit: Longsuffering

Fruits of the Spirit – Kindness